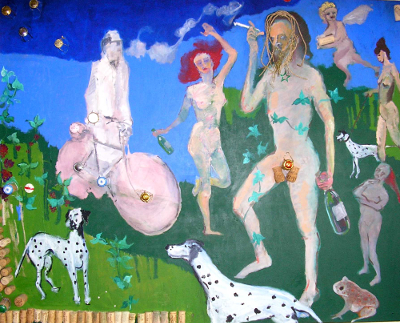 La Cuvée Mythique, or After a Bibulous Lunch Philip Larkin Stumbles Upon a Family of Hippies and Mistakes Them for the Retinue of Dionysus.

The painting incoroprates, among other objects, a number of wine corks and champagne cork cages – one of the corks is marked "La Cuvée Mythique".

Larkin disliked what he called "The Myth Kitty" – the use of mythology in poems. In the painting below Larkin is confronted by Venus rising from the River Humber. These two paintings were part of the Under Travelling Skies collaborative book, film and exhibition project which won the first Larkin25 Award in 2012. 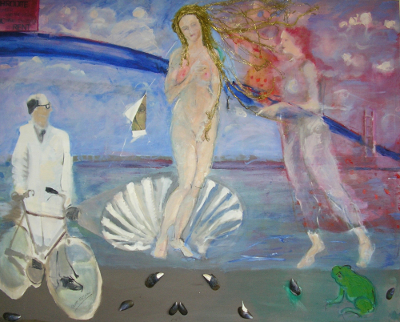 He Dreams of the Myth Kitty

It was never dull in mythological Hull,
but no one was ever quite who they seemed.
That bloke in the pub: half-man or just half-mad?
And your dad, but of course, that stud claimed to be half-horse,
and was then his other half half-mare, mer-, or just barmaid?
We were half-fish, tadpole, toad (we put the crap in crapaud),
shape-shifting higher and higher up our wish-lists.
Listening to each poet’s shaggy tales we did the maths,
remained one hundred-and-ten percent non gullible,
all of us full, full to the gills with cock and bull. 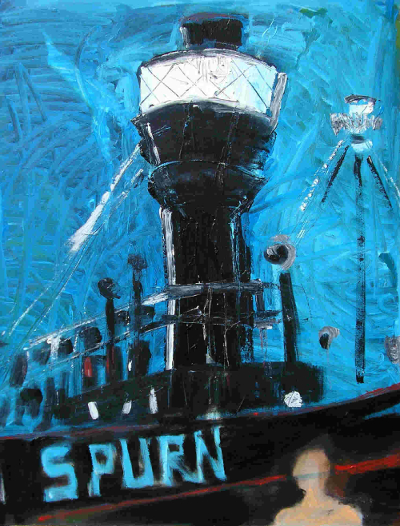 Here are some paintings from various Humber Writers' projects, They were mainly used to illustrate anthologies commissioned by the Humber Mouth and other literature festivals, but some were also part of associated exhibitions.

Click on the paintings for a slide show of enlarged images. 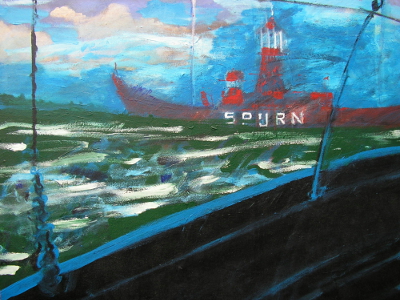 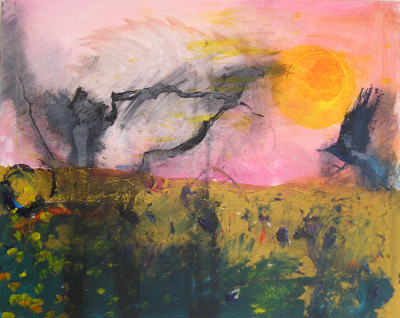 They flee from me
who sometime did me seek.
Now in the tree only magpie
thieves from me.
Sitting on my fence only rook,
worm, soon also to be mine,
hanging from its beak. 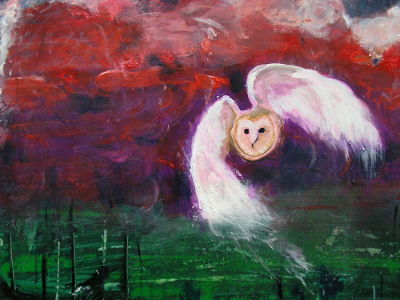 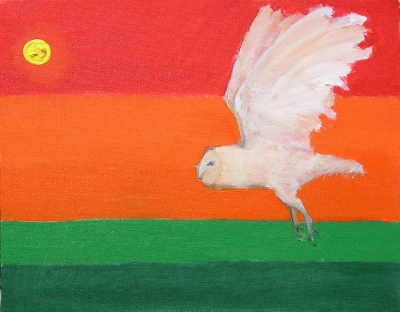 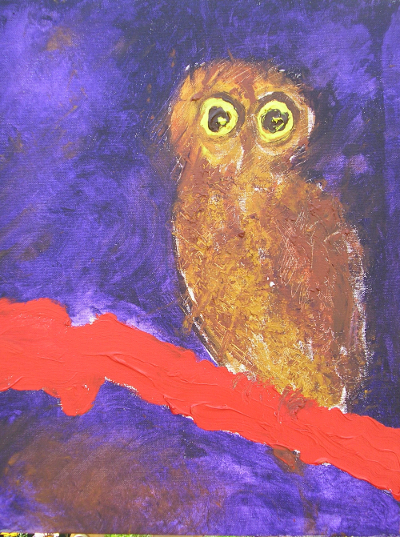 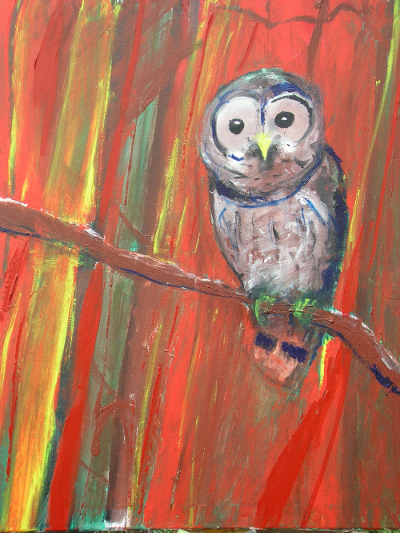 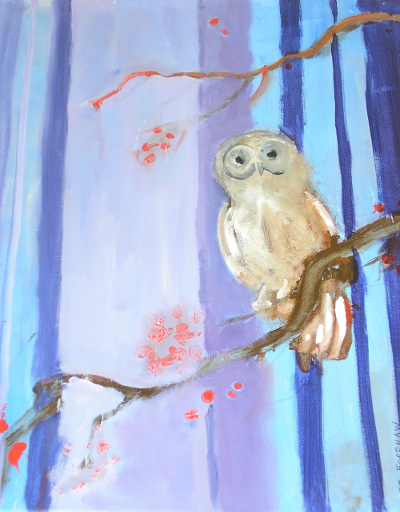 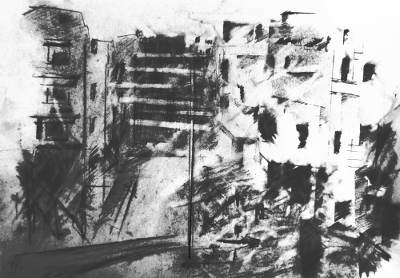 The Incoming anthology (Humber Mouth 2014) commemorated the centenary of the start of WWI by reflecting on the theme of war. It included contributions from the Normandy Veterans Association. My drawings focussed on images made familiar by recent conflicts: bombed buildings, torture in Abu Graib, child soldiers. 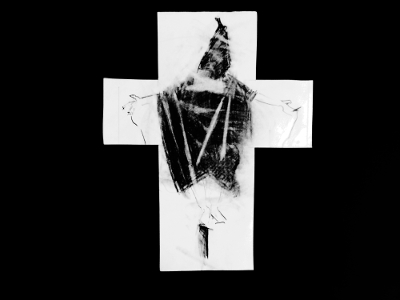 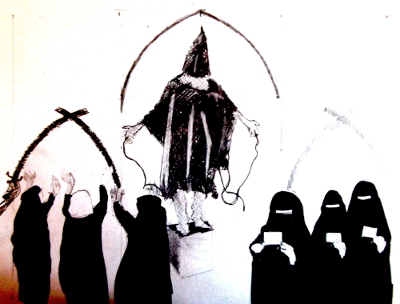 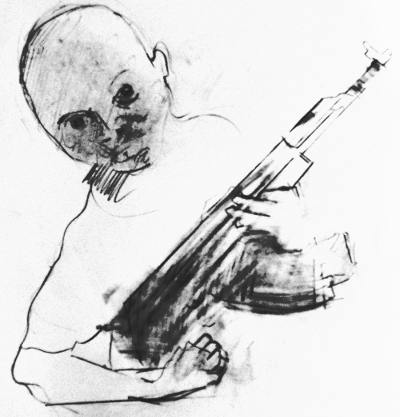